What is a software encoder?

A software encoder is, as the name suggests, a piece of software that performs the same task as a hardware encoder. While some people believe that using a software encoder provides inferior quality video when compared to a hardware encoder, I can tell you from personal experience that this isn’t necessarily true. It all comes down to the encoder software that you’re using. For example, Adobe’s Media Encoder CC has been shown to produce excellent results.
That said, software encoders are often cheaper than their hardware counterparts. They’re also easier to use, require less setup, and can be used with any standard computer. If you already have a fast computer that’s compatible with the software you want to use, then there’s no need to spend hundreds of dollars on a new machine.

Nowadays, most live streaming services use proprietary software for encoding and (usually) packaging the stream into an RTMP file. This is why you usually have to wait several minutes before you can start streaming to your viewers after going live on services such as Twitch.tv or YouTube.

What are the pros?

Multi-threaded software encoders, on the other hand, are easier to set up and can be run on a wider range of systems.

Some encoders can also take advantage of a technology called Intel Quick Sync to offload some of the workload to dedicated hardware on your computer’s processor.

This technology has been built into Intel processors for a few years now, and provides a boost in performance, without a huge increase in power consumption.

Because Quick Sync is proprietary technology from Intel, you’ll need an Intel processor to use it.

What are the cons?

Software encoders are only as efficient as the hardware you run them on. They also require a degree of technical knowledge to configure and optimise to get the most of out of them.
They are also more dependent on the local internet connection quality as you can’t use a bonded connection with them unless the hardware you’re running on supports it.
Even the best spec computer is still vulnerable to impromptu system updates and viruses which there is zero tolerance for when you are due to go live any second.
If money is no object, software encoders are objectively inferior to hardware encoders. They are often the choice of the beginner or an individual with limited time or money to invest in hardware encoders.

What are the minimum device specifications?

The minimum required specifications for software live streaming encoders are as follows:

What are the top 5 best options?

OBS, or Open Broadcaster Software, is a free and open-source software for streaming and recording. It’s designed to be fully integrated with Xsplit, but it can also be used independently. OBS supports a wide range of configurations and has a simple user interface.

The Elgato Game Capture HD is a popular option that’s often recommended for Twitch streaming. You can also use the device to record your screen or stream directly to services like YouTube and Facebook.

As an added bonus, you can use the capture device with any other program you choose, like OBS or XSplit. That means you have the option of using OBS as your streaming software and still getting the quality benefits of a dedicated encoder.

The Cam Link is a little different from most other dedicated encoders in that it relies on your computer’s processing power to do the encoding. This can be good for streaming on the go, as you don’t need to lug around a laptop or computer to handle the encoding. It also has some downsides, though, like a resolution limit of 720p and a minimum system requirement of a quad-core CPU.

The Integrated Web Screen ENC is another option that you can use with OBS. It plugs into your computer’s USB port and allows you to stream through a server run by the manufacturer. This means you don’t need to worry about streaming software, but it also means you have less control over your stream and what appears in the player.

The NVENC option is only available through NVIDIA graphics cards, so this may be an option for PC gamers out there. It leverages the power of NVIDIA’s dedicated video encoding chip to encode your video in H.264 format.

This will result in a much higher quality output than you’d get with your computer’s CPU or GPU, but it isn’t free. You’ll need to buy an NVIDIA graphics card if you don’t already have one to take advantage of this option. 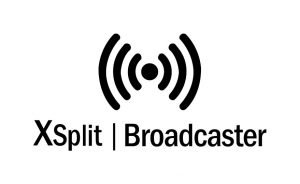 XSplit is a separate streaming and recording program that is designed to pair with OBS Studio. It has fewer features than OBS, but it does boast some useful tools and functionality.

XSplit is a great streaming program that’s easy to use. The downside is that you’ll be limited to using their in-house Encoding Service, which only supports up to 720p. If you want to do any higher-quality streaming, you’ll need to look at another program.

You can get around this by using a different program as your video encoder and using XSplit as your streaming software. This will let you use a program like OBS or NVENC while still making use of XSplit’s easy-to-use interface. If you want to get really fancy, you can even stream to Twitch using their new HTML5 player.

Vmix is among the most powerful software encoders that are popular among streamers.

If you want to stream but don’t necessarily want all the extra work of setting up and learning a new piece of software, Vmix may be the tool for you.

It’s a simple streaming option that lets you broadcast straight to Twitch, but it also has some downsides.

Unlike most of the other streaming software out there, you’ll have very little customization options with Vmix. You’ll be working within their framework as opposed to building your own.

This makes the software very easy to use, but it also limits you in some ways.

You’ll need to host your own server if you want to get around the resolution limit, but this is a simple process and something you can do even if you aren’t very tech savvy.

The choice is ultimately up to you, but Vmix is a great option for anyone who wants something simple yet effective. 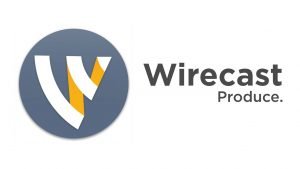 Wirecast is another popular premium choice. You’ll need to get your own streaming server to use this software, but that is the only major restriction.

It’s also worth noting that the layout of the program can be a bit confusing at first, but you’ll get the hang of it after putting in some time with the software.

Shoflow Studio is the best live streaming software for podcasters, YouTubers, and other online video personalities.

Showflow Studio is another good streaming option. It boasts a fairly easy setup and low CPU usage, which can be a real bonus if you’re on a computer with limited processing power.

It may not be as powerful as other options out there, but if you’re just looking for something simple to get started with, Showflow studio is worth a shot.
It’s also free, which is always a plus.

You can use any of the above software encoders for your live streaming, listed in order of recommendation
If you’re just starting out with live streaming, go for OBS or XSplit. They’re free, have the lowest hardware requirements and are easy to get up and running in a few minutes. Both also offer multi-platform support and natively connect to a wide range of streaming services, including YouTube, Facebook, Mixer, and Twitch.
If you’re looking for the best possible quality, a hardware encoder is your best bet.
This is because they offer higher quality at a fixed bitrate (as opposed to a software encoder, which can use more bandwidth when needed).
The downside is that you will need to buy a piece of dedicated streaming hardware, such as the Elgato HD60.
For most people, software encoders will be more than adequate because they’re convenient, customizable, and are much cheaper.
Share on: