You’ve read this a million times already, Covid has changed the way events are run, and many conferences have either just postponed till the indefinite future or, Wiley event managers have thrown themselves into desktop event production and gone for the virtual or hybrid event option. In this article, I want to explore what the future of events will be, and if after Covid goes away, will the virtual craze die down like a team excited about Cryptokitties? 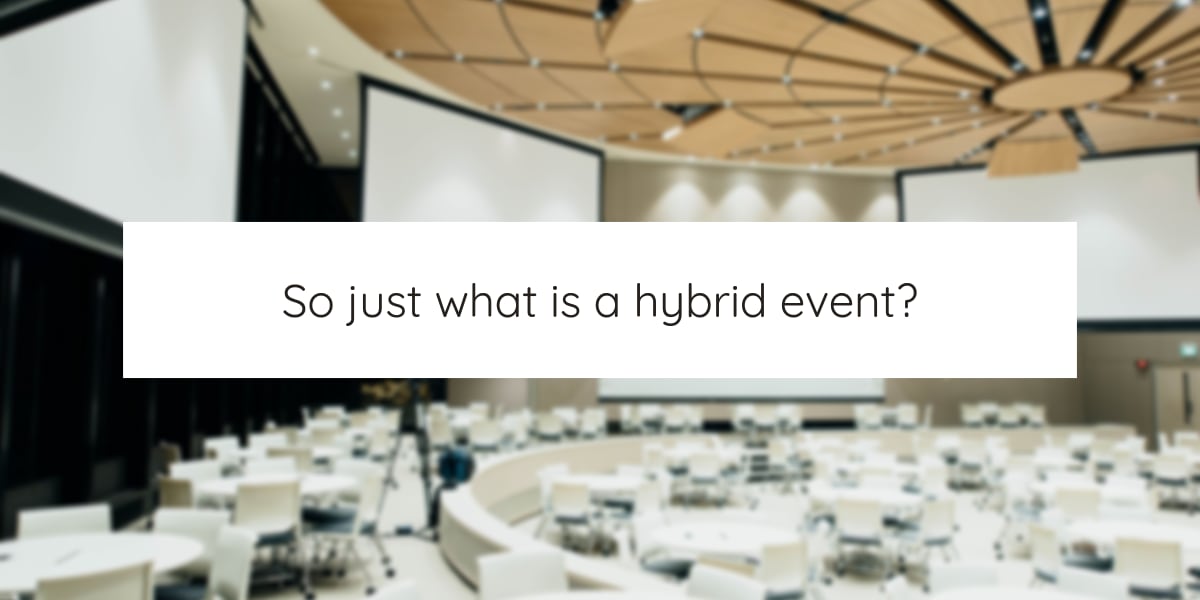 So let's start with talking about what actually is a hybrid event?

Well, a hybrid event is an online conference that takes place in the physical world. This means there will be a camera filming the physical event and a technical team will then stream that onto a platform. This will create a hybrid physical and non-physical event.

What are some of the benefits? Well, for one you can offer more content to your attendees. You’ll also be able to get feedback on how the event and presenters are doing in real-time. You can also have a real time recording of your event so if delegates have to leave early then you have a near-instant catch-up or a way for them to watch the last of the presentations they had to miss because they needed to catch a plane.

Now though I want to talk about some drawbacks to running a hybrid event. One of the biggest drawbacks is that you need a lot more bandwidth. You’ll also have to make sure your venue has internet access and it’s not being charged at a massive cost to you. Venues know this because when you have 2000 people in a conference hall and they are all on their phone messaging, calling and live-tweeting the amazing talks you have organised, they are using the bandwidth that is available from the cell towers in your area, and it will 100% have an effect on the quality of connection you’re going to have.

This means that you are potentially at the mercy of a crappy internet connection and nothing will turn your viewers off more, than buffering video. Of course your viewers won’t think that it must be a venue internet problem, they will just assume that you the organiser didn’t do it properly.

Another potential pitfall to a virtual conference is the lack of social interaction, while some platforms have chat and video networking there is something to be said about physically walking the halls of an event. However for your exhibitors, if an entire team can share the effort of manning a virtual booth and not just the two team members you can afford to send for the event, then they are going to have a far better opportunity to build leads. 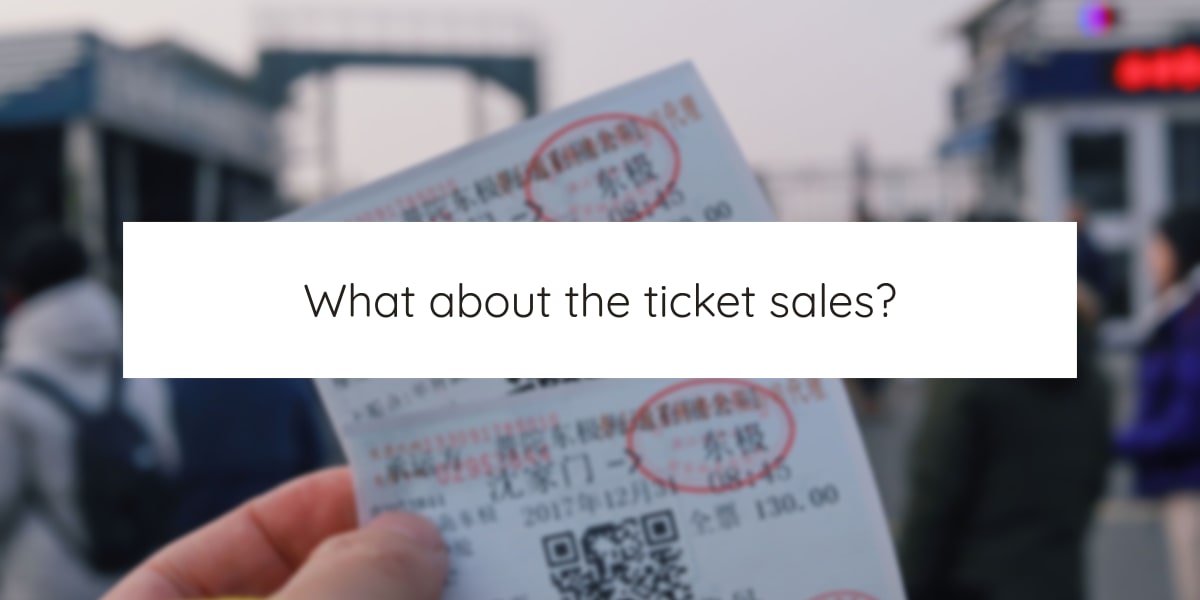 So we understand what a hybrid conference is, what about the bottom line, can your event make money selling virtual tickets?

This is a difficult question to answer, it depends on the event and what it’s all about of course. If your goal in hosting an online conference is to totally replace your physical event then research has shown that you are going to have a hard time bringing in the same revenue that you did with the physical event. However, if you are looking to supplement the physical event with a virtual component then it is possible that your revenue will increase.

One of Covid’s strengths was in their ability for exhibitors and sponsors alike to access analytics on how people were engaging at an exhibition booth or sponsorship opportunity so they could make better decisions about what would work best next time around. This has also lead to an increase in sponsorships and exhibitors who partake in your event, as that level of data tracking and information is leagues ahead of what they would usually get at a physical booth.

How many times have you been at a conference and seen exhibitors giving away swag in an attempt to get booth visitors cards/ emails? Well with the virtual event, your sponsors can get all the metadata from their virtual booth guests in real-time, and instantly send follow up emails. So this level of marketing opportunity is unparralled.

But can you charge as much for the virtual ticket as you do for the in-person ticket? The answer is no because the virtual event needs to be subsidized by sponsorships and exhibitors.

So now we are a little more aware of the pros and cons of a hybrid conference, when we are all back in the exhibition halls, mask free and shaking hands.. 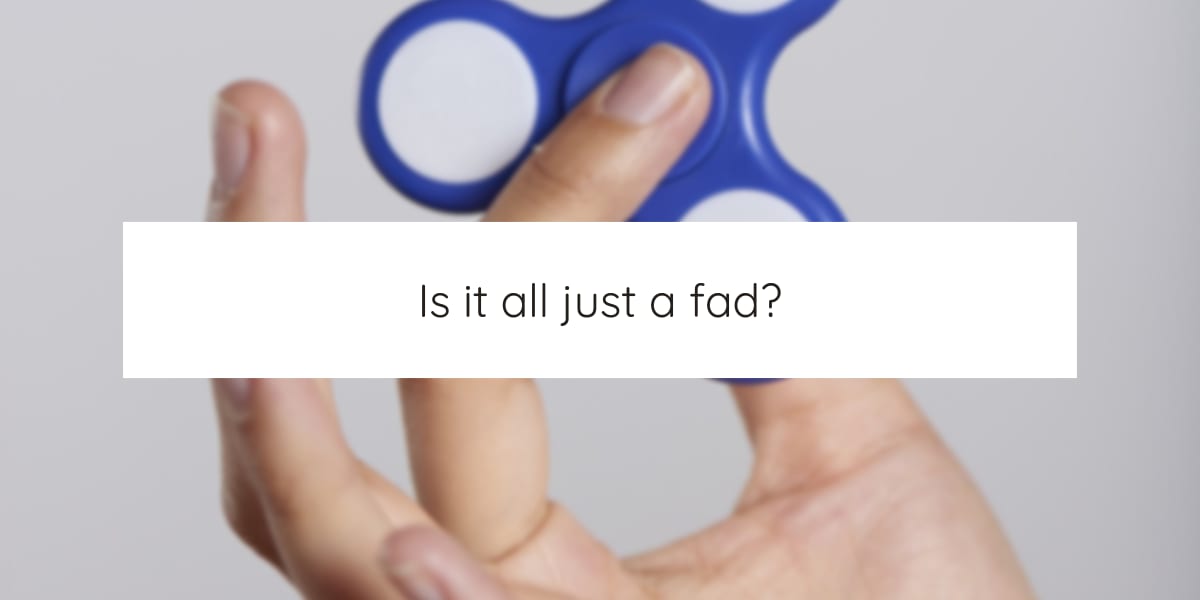 Will events have a hybrid approach or will we just forget all about it?

The answer is that the future of conferences and trade shows are going to be mixed. We can’t go back in time, but what’s important now for event managers isn’t how they move their show online, it will be rather who do you want at your event? will people working remotely be interested in travelling again or if 50% of the population are remote workers, will they just expect events to do the same?

I truly believe that the answer to this question lies in the affordability of the platform and production. If you can easily justify the costs to produce the hybrid event in your marketing budget and then look at the assets created by the video content that you have crated, and look at the platform as a content library then I don’t think the decision to stay hybrid is particularly difficult.

However, with a lot of the platforms charging so very much, you will need to do some shopping. You will need to look at the platforms that are affordable and then compare their features. You also want a platform where you can easily create your own content, upload it yourself or use some of what is already on there for free in order not to have any restrictions with how much video footage they allow per event (or if all events should be charged).

So in conclusion, I believe hybrid events are here to stay and are a great way to use the assets that you have created.

Keep up to date with feature releases and announcements as well as guides and information on how to produce better events.